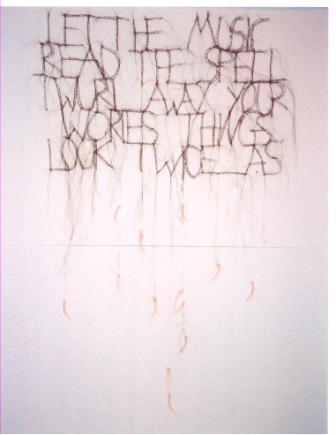 This body of work explores the traditional, domestic and romantic role of women.

The reminiscing yearning for the past is characterized through the nostalgic American musicals of an era which exists only through one’s memories.

The use of hair, that is prevalent in all the works, functions on many levels. As a child the first lock of hair is treasured. The female hair is also associated with femininity and in many musicals long lush hair was considered a sign of beauty. The labor intensive tasks of embroidery and crochet that are utilized to make the work, were skills that were traditionally employed for the decoration of the home when the role of women was largely as “home maker” 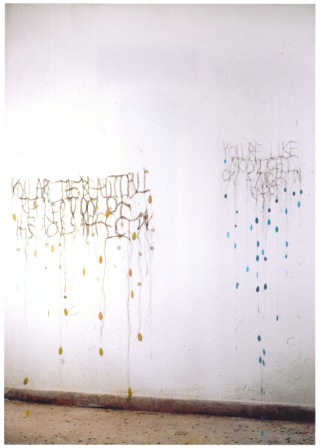