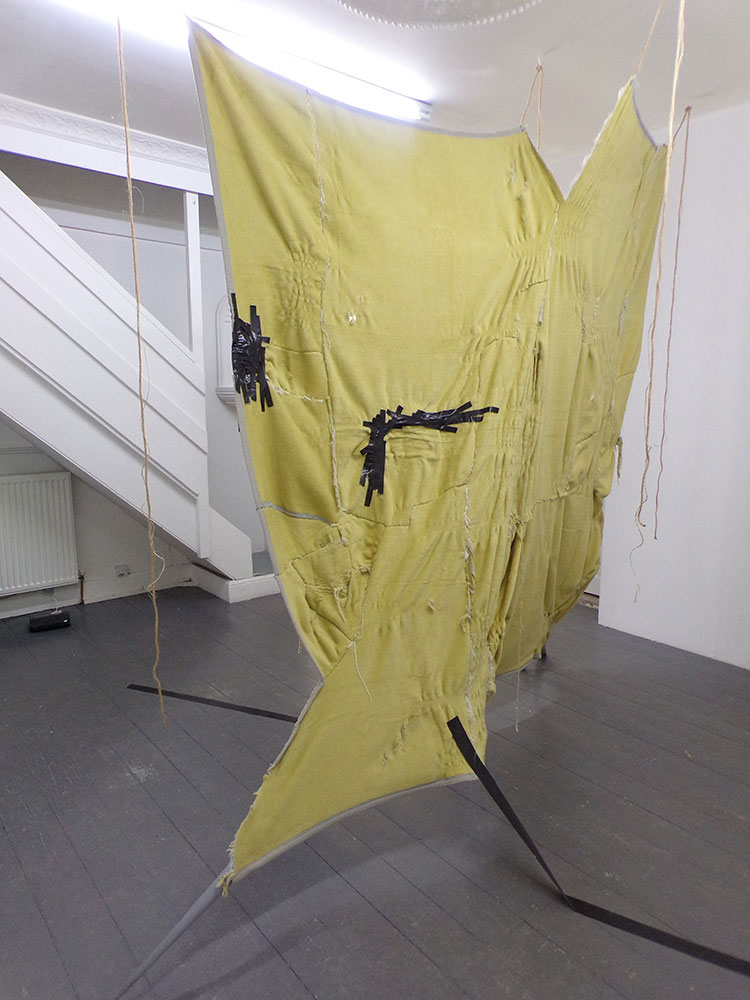 This work is a temporal and aesthetic exploration of the difference between the before/after of an object. Using as a starting point blankets as my material I aim to explore the way the blanket is destroyed and re-assembled and what changes in between. The relationship between chance and choice and the contradiction between destruction and reconstruction are the main subtext.

Monochromatic or plaid blankets evoke minimalist or geometric abstract spaces. Aesthetically they represent balance, order, and peacefulness. Materially, they have connotations of security and comfort; they are strong conduit for memories because of their tactile qualities. However, they can also be used as instruments of separation (wall-like partitions). Socially, they can become spaces for conversation, a sort of agora, for instance during a picnic are used for food exchange or playing cards.

Using simple actions (cutting, splitting, ripping and tearing) I am deliberately creating a problematic situation in order to find a solution. I aim to disclose the potential of the material (blanket) as an aesthetic, social and material object. By destroying the blanket, and rebuilding it, I am challenging an aesthetically pre-made mass-consumed and accepted space of security. By rebuilding it, I am self-determining and constructing a new space which is the same but different, the visible scars (stitched up with sutures and tape) will reveal its past but also its materiality. The destruction is therapeutic, irrational and thoughtless. The reconstruction involves planning, labour and accepting the limitations. Temporally, the before and after will mark two moments in time during which things have changed and the attention has shifted from a whole-object to a fragmented-object held together.

I imagine my blankets to be suspended in the middle of a small space. Black tape, which acted as a repair tool, will be expanding beyond the space of the blanket to connect to the ceiling and the floor. In this way the blanket will become connected to the gallery space expanding its internal fragmentation to the world around it, i.e. the gallery space. This action will separate the small confined space of the gallery in two halves or more. The viewer will be forced to navigate the space in a way, which has been imposed by the instalation. Their attention to avoid stumbling or treading on it will bring a heightened attention to the blanket. The junctures, stitching and scars will bring attention to the way it was pieced together like a jigsaw.

Ultimately, using the blanket as a symbol for physical and metaphorical space, the work aims to re-awaken our attention to the way we navigate and understand spaces as material, aesthetic and social units. 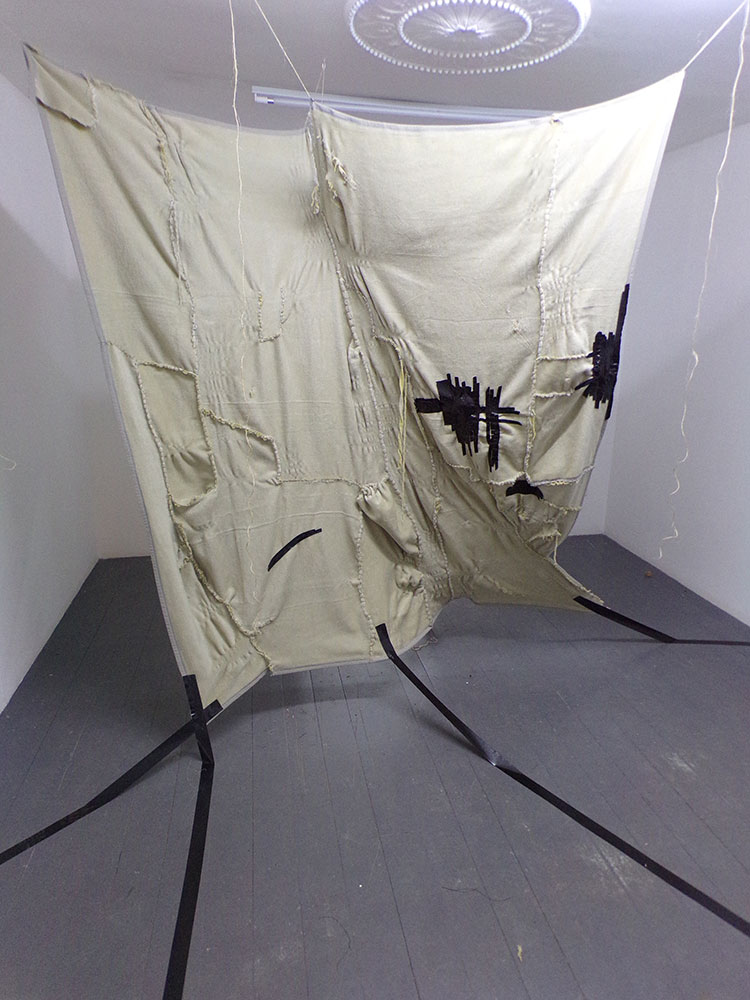 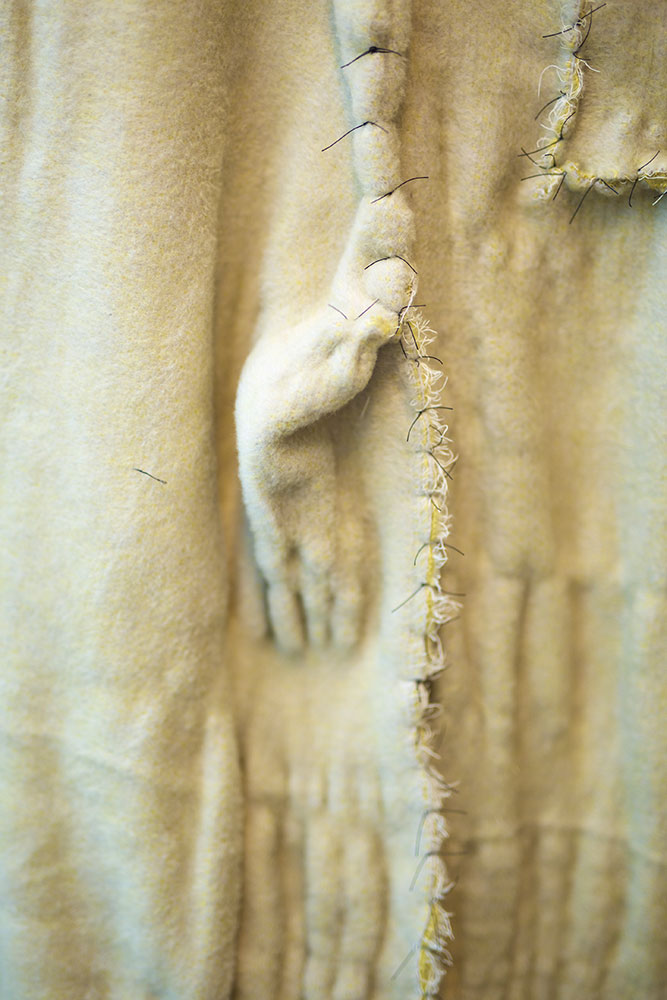 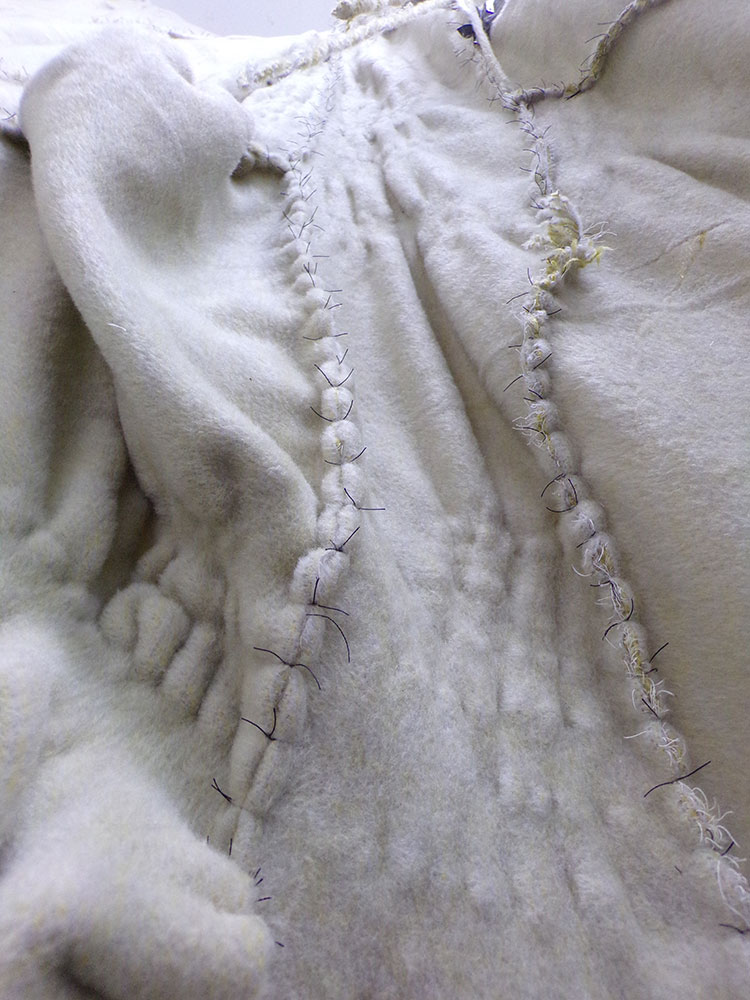 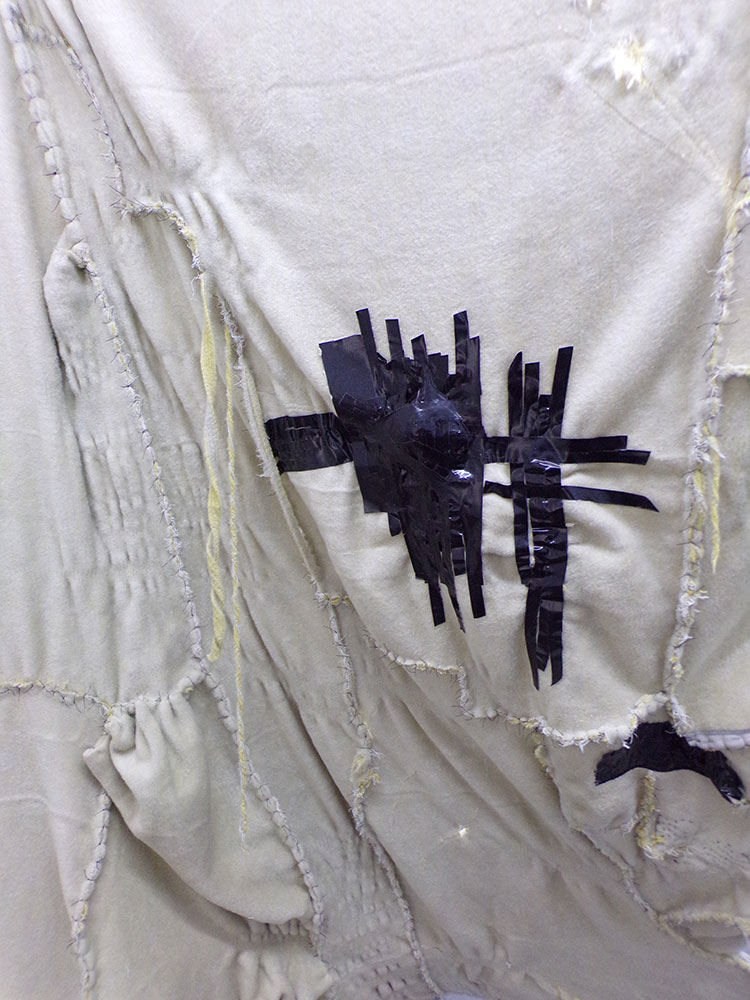 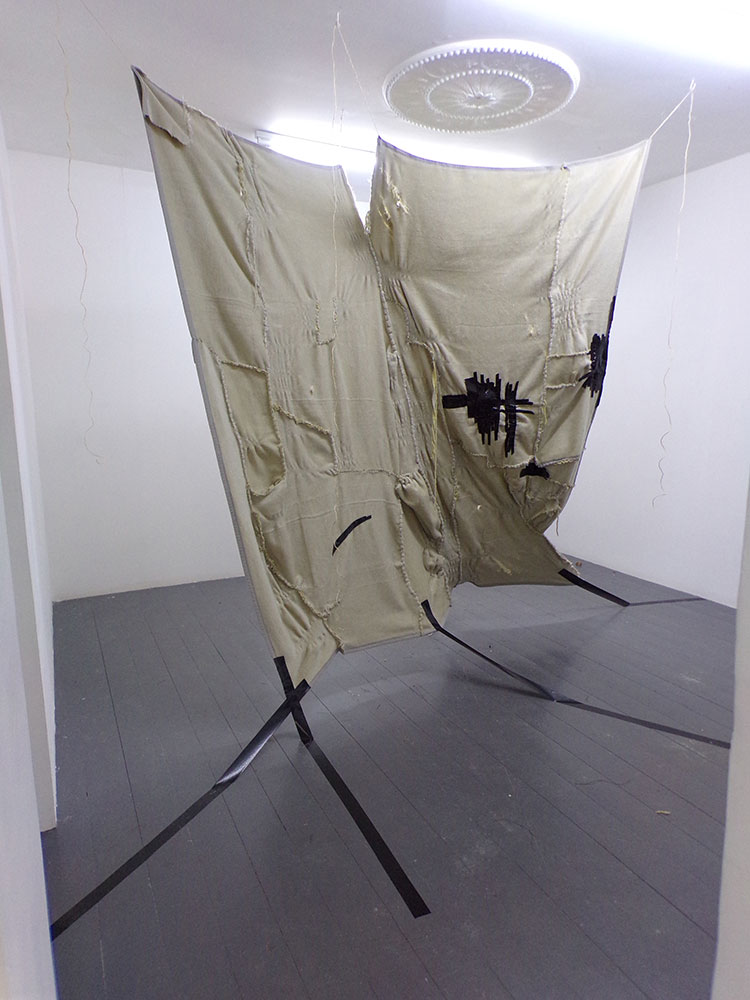 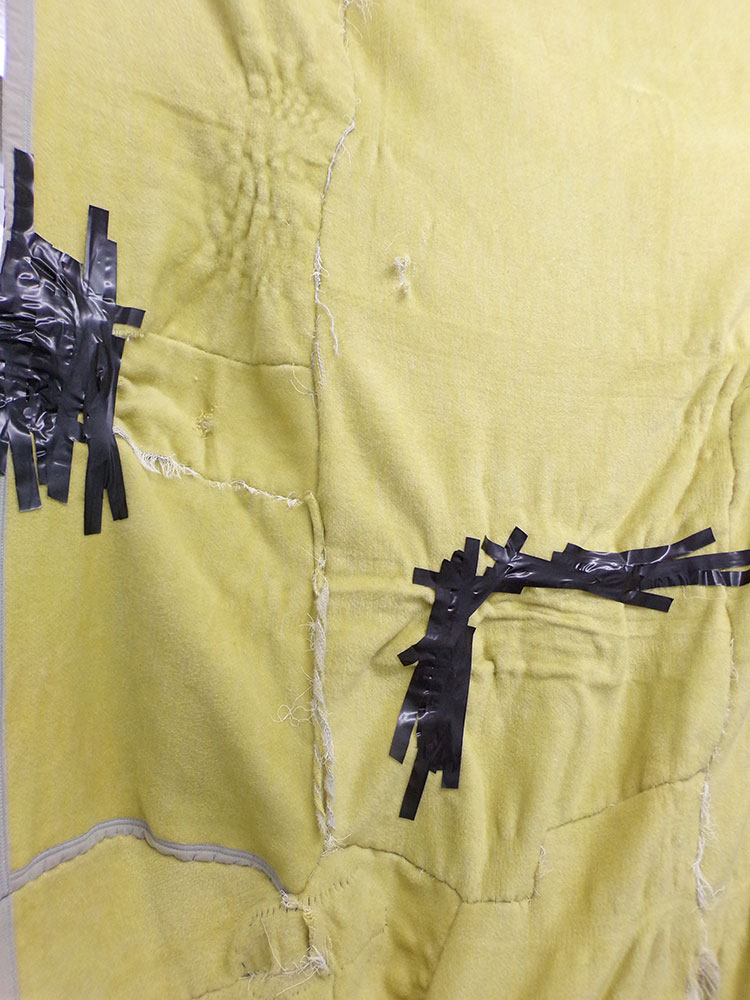