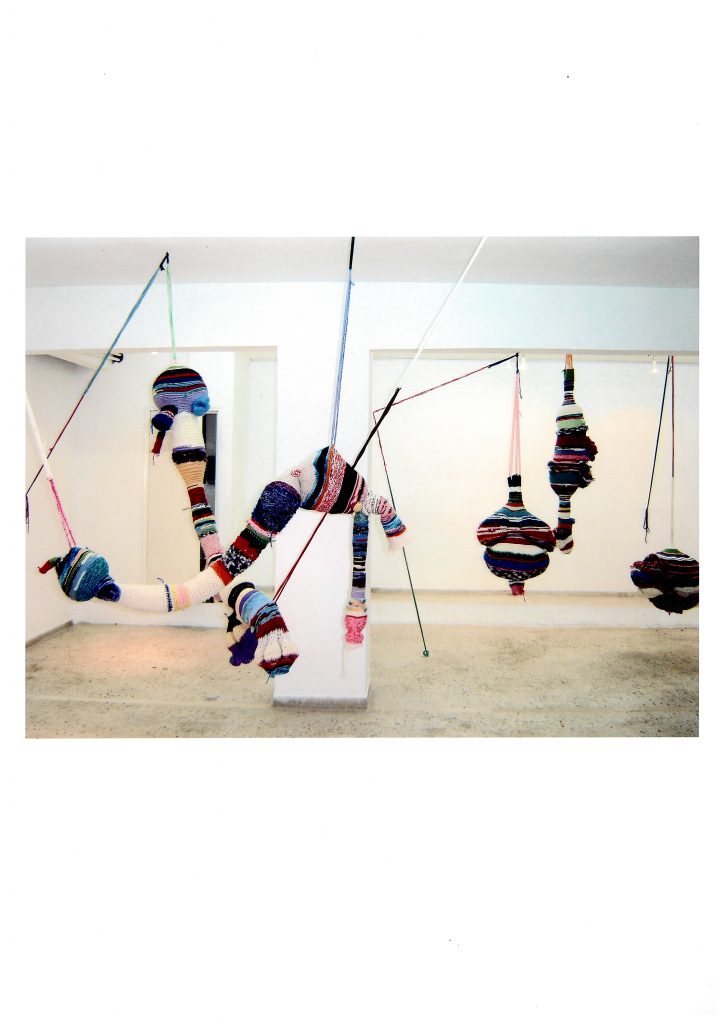 Time is immaterial, but it shows itself when it is measured. In any work of art there is a period of time, which has been transformed into a Work by the artist.

During knitting, time loses its unfixed nature; its passing away is tangibly felt by me as I see the progress of my knitwear. Knitting gives me the possibility not to feel the present as a moment in time, but as a span of my life. This is because when looking at my work, I see the length of time I spent on it. The time I gave in the work forms through it a picture of time in space. 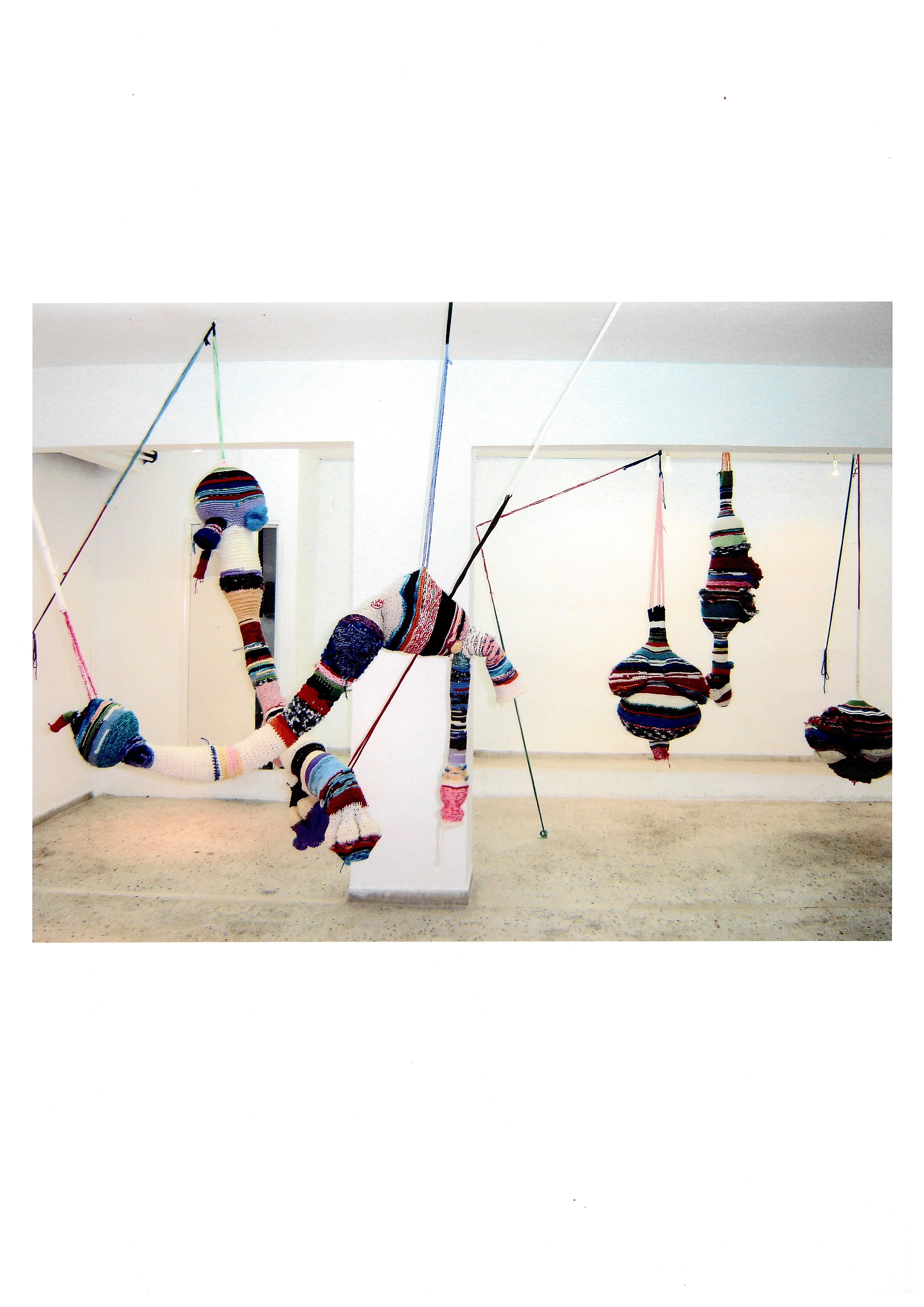 Often relying on traditional crafts, associated with women and the home, and the body as a source of materials but also as a standard of measurement, the installation is created dispending completely knitted and hybrid forms from the ceiling. A variety of colours in seemingly random patterns express the time schedule at which the artist worked, each colour representing a separate knitting session. The shapes are irregular but start out from the body, as appendages that can actually be worn. Basic concern of the artist is the idea of time as a major coordinator of life and the rational but disturbing division between ‘wasted’ and ‘useful’ time”